Looking to lose the pounds? Find out if knocking out your cardio on an empty stomach is the best way to go.

I’m often asked whether mornings of fasted cardio are the best way to burn fat. My answer is yes … and no. When it comes to the physiology and biochemistry of the human body, nothing is simple. Throw exercise on top of normal daily functions, and things become even more complicated. So what do the experts say?

Some research does actually show that when you do cardio fasted in the morning, you burn up to 20 percent more fat. A recent study from the UK published in the “British Journal of Nutrition” found that when subjects were fasted during morning cardio they burned 20 percent more fat than when they had a meal beforehand. Several earlier studies show similar results.

Fasted cardio in the morning is effective because as you sleep and fast overnight your body conserves its precious carb stores and leans toward mobilizing fat for fuel. The story doesn’t end here, however. Your body also breaks down amino acids into glucose overnight, so fasted morning cardio mobilizes more fat and potentially more amino acids for fuel, which isn’t ideal if building muscle is your primary goal. This isn’t a huge problem as long as you consume a fast-digesting protein like whey, along with some slow-digesting casein, after your cardio.

Quick Tip: Take This BCAA Supplement Before Your Cardio To Minimize Muscle Breakdown!

The HIIT On Cardio

Despite the evidence above, we can’t unequivocally say that fasted cardio is best for burning fat. Many studies on fasted or fed cardio focus solely on how many calories are burned during exercise. This is problematic because the real benefits of exercise, particularly high-intensity cardio and lifting, come after training. High-intensity training burns more calories and fat after a workout than low-intensity cardio. With high-intensity interval training (HIIT), you burn calories for the rest of the day, even when you’re not doing anything. 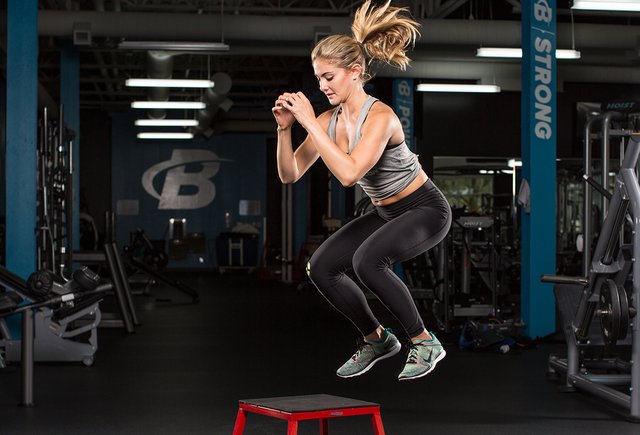 With high-intensity interval training (HIIT), you burn calories for the rest of the day, even when you’re not doing anything.

So, if you’re like most people, your best bet is to not worry about doing cardio fasted first thing in the morning. If doing cardio first thing in the morning is best for your schedule, then go for it, but try to at least have a pre-workout protein shake. If your goal is building max muscle, then I highly recommend you have a protein shake and some carbs, such as fruit, before the workout. If you’re trying to limit carb intake, then you might want to avoid the carbs until after the workout is over. But again, it all depends on your diet.

That being said, I personally do a bit of fasted cardio and recommend it for certain people at specific times. I found that fasted cardio can work well for men with body fat in the low single digits (5-6 percent) and females with body fat in the low teens (13-14 percent), especially if they have specific problem areas like the lower back or thighs.

Over the years, I found that once people drop the majority of their total body fat, fasted cardio seems to work well on resistant or stubborn areas. Although there’s no direct data to reference, it might be that when a person only has a small amount of fat lingering in hard-to-attack areas, exercising in a fasted state could spark those resistant fat cells to release stored fat so it can be burned for fuel. 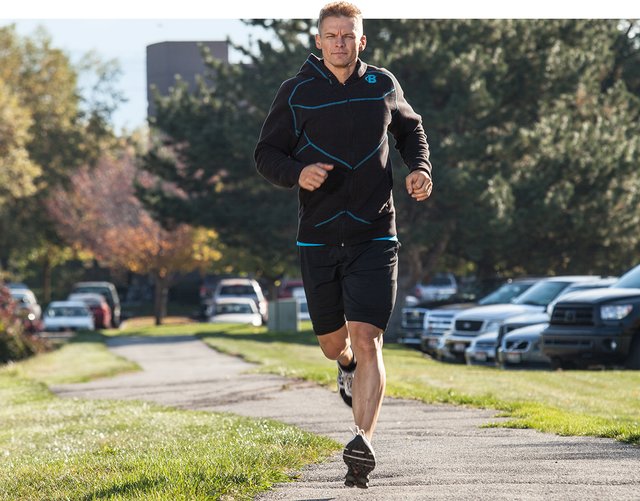 However, if you’re a male with roughly 8 percent body fat or more, or a female with 16 percent or more, fasted cardio probably won’t make a massive dent in your fat-loss efforts. Instead, go high intensity with some form of HIIT and watch the fat melt.

Many people want the ease of owning a treadmill in their own home but don’t know where to start or what to look for in the perfect treadmill for them. Here are some key points that you will want to check when shopping around for a treadmill. Remember that your current usage and goals should […]

The Correct Way To Bulk Up Fast

This article is not for those of you who want the skinny, 160 pound six pack look. If that’s your goal you might as well click away because you won’t find help here. This bulking plan is strictly for lifters who want to build muscle as rapidly as possible. Let’s get something straight…food is anabolic. […]

How To Choose The Best Protein Powder Shake For You

A protein powder shake is a type of dietary supplement that is mainly designed for helping individuals add protein in their diet in larger amounts and in the fastest and easiest way possible. It was designed for smoothies or milkshakes and is usually sweetened in a similar way with these […]